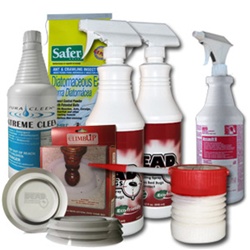 . This has nothing to do with Paul Revere’s famous midnight ride announcing the invasion of the English army. It’s a warning about the return of the pesky bed bugs, which had been eradicated in the United States in the mid 1900s.

Other names, besides redcoats, for this blood sucking pest include, mahogany flat, wall louse, crimson rambler, heavy dragoon, and chinche. Its formal name is Cimex lectularius, but most people simply call them bed bugs, since they tend to feed at night, while you are in bed.

They feed on the blood of warm blooded animals, but their favorites are humans, bats and poultry. Unlike some parasites, that are too small to see and that live within your skin, these bugs are small but visible, and they are usually on you, just long enough to get their fill of your blood, which is about five minutes.

Some people are saying that the banning of the pesticide, DDT, in the United States in 1972 is the reason for the return of this parasite. That argument does not hold up. The bugs started to reappear in the states in the mid to late ’90s. If it was DDT that was preventing them, why did it take 25 years?

More to the point, bed bugs are great are becoming resistant to pesticides, and DDT is a pesticide. Recently, a study in Africa, indicated that the main effect DDT had on them was to make them more active.

They feed on all their victims, but they only bite about half of them. Some people report a horrible itchiness, while others do not itch at all. The itch is created by an allergic reaction to the bugs saliva. These pests can live up to a year, without feeding.

A bed bug infestation can be psychologically traumatic for many people, sometimes bringing about depression. In severe and prolonged bout, it has been known to lead to refractory delusional parasitosis, where the individual thinks she is seeing and feeling them everywhere. She may become unable to function at tasks.
bed bugs have been found in 5 star hotels and in the nicest condominiums in New York City’s upper east side. Sometimes furniture needs to be thrown out to get rid of them. That is a good reason to never buy used furniture.

Bed bug spray is a non-toxic tool to control an infestation of the creatures. A bed bug spray treatment eliminates the adults and destroys the eggs.

Bed Bugs, a motorized frantic catch and capture game, will drive you buggy—just like it first did back in 1985! 48 Creepy, crawly bugs are hopping, leaping and jumping all over a shaking, quaking bed. Can you use your grabbing, snatching tongs to catch and capture them? For 2 to 4 players. Requires 2 “C” batteries, not included.Recommended Ages: 6 years & Up …